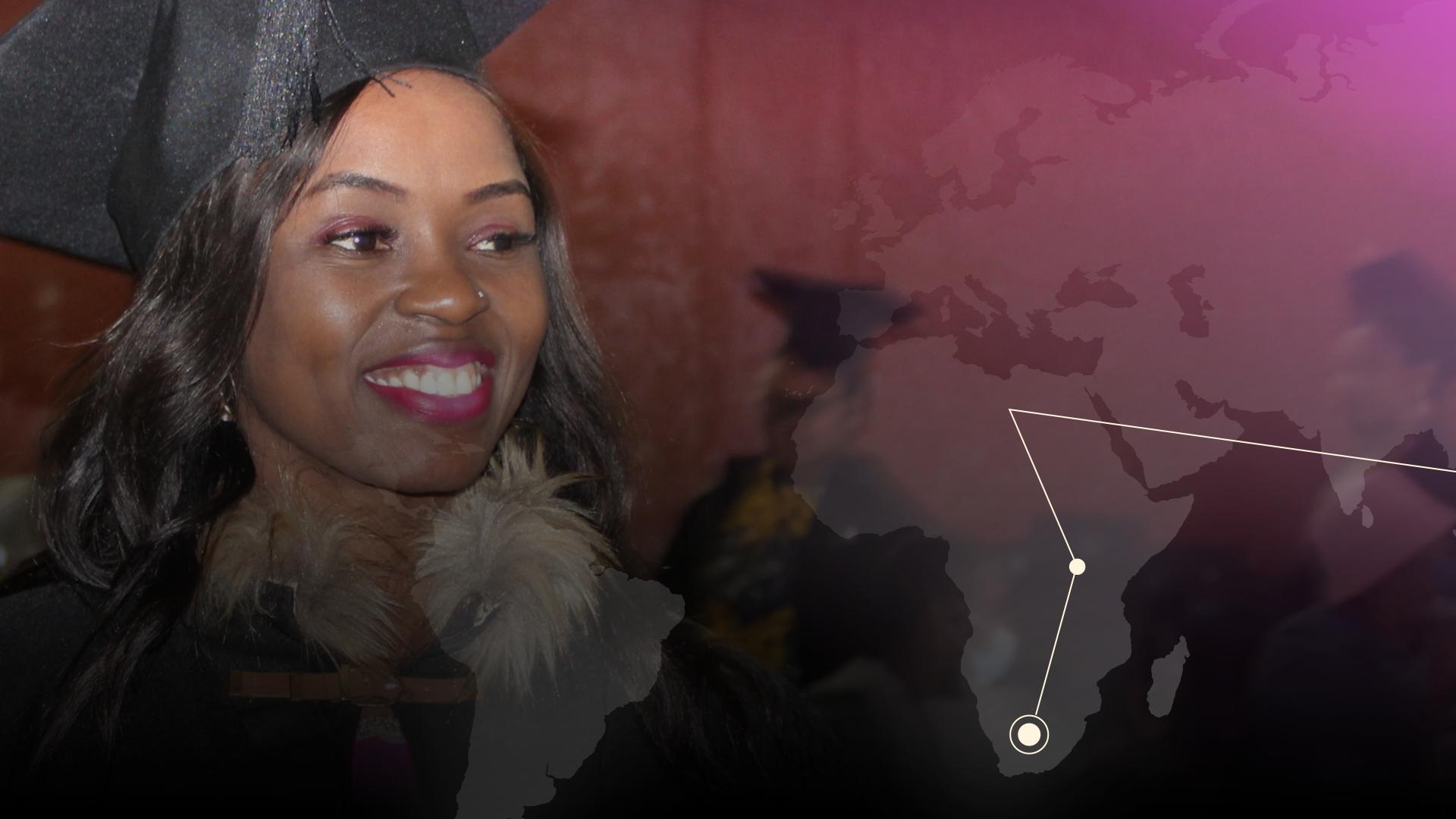 Jennifer
When Jennifer first arrived in South Africa, she was scared of everything. Once news got out that there were migrants being chased out of her township, a local friend helped her move. Since then, Jennifer has gradually made friends and has discovered her passion for sewing.

A Sense of Belonging: A Young Woman Sows Seeds of Confidence and Courage Far from Home

“At the time, I thought South Africa was the only safe place where I could go,” the 42-year-old explains. Originally from Uganda, Jennifer arrived in South Africa as an asylum seeker in 2012 and now lives in KwaZulu-Natal, a coastal South African province known for its beaches and mountains.

“The first time I heard that foreigners were being chased out of the community, I received a call from a South African who was worried about me as a foreigner; she asked if I was safe, then invited me to her house for lunch with her family,” she says.

Once news got out that there were migrants being chased out of her township, Jennifer’s new friend sent her an address and put her in touch with a local taxi driver. “When I arrived, I realized that she had invited many people over so she could introduce me to her family, friends, and neighbours,” Jennifer says.

One Sunday at church, a call was launched for women who were interested in a training on sewing at the community centre.

“I decided to try my luck, so I submitted my name and was soon invited to start my training,” she recalls. “There, I met women from Rwanda, Democratic Republic of Congo, Burundi, Uganda, Lesotho, and South Africans from the Eastern Cape and Free State provinces.”

During the training, the women shared their experiences and learned about sewing, fashion design, marketing, and business management.

“The training brought us so close that we ended up sharing recipes and teaching each other words in our mother tongue. It was then that we realized that we ate the same food, had similar words in our languages, and wore similar traditional attire,” Jennifer recalls.

“The training also gave us an opportunity to attend community dialogues and interact with other community members about issues affecting both migrants and the community. The meetings covered topics such as social cohesion and peace building."

“Communication is key for peaceful coexistence,” she says.

“During the dialogues, we realized that when we communicate with each other, we learn a lot about one another, we understand each other better, and can resolve many differences before they escalate. Now, we look out for each other; we trust each other.”

"I am glad to have had the opportunity to be part of these dialogues. They have changed my perception about how we are perceived here as migrants. We can see the difference; we can see a change in attitudes."

During their graduation ceremony in May 2022, the International Organization for Migration (IOM), through funding from the Migration Multi – Partner Trust Fund (MPTF) surprised the graduates with sewing machines to help kickstart their business.

“Each pair comprised of a South African and a migrant received a sewing machine, so that we could continue working together,” explains Jennifer. “This has brought us together and has further strengthened our bond.”