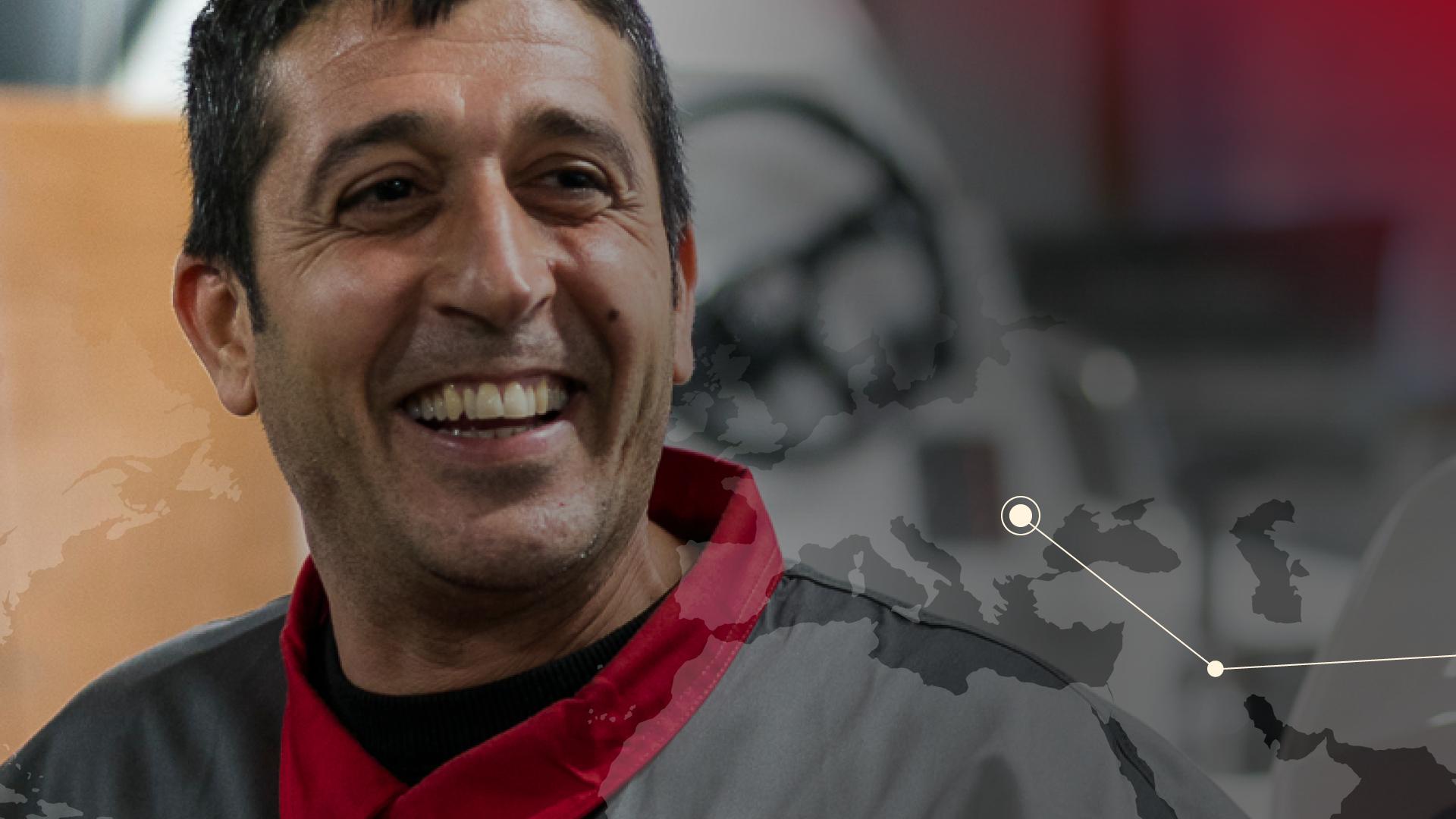 Othaman
In one of the few shops producing motorboats in Romania, Othaman seems to have found his calling as a boat maker. It’s an unusual field of work for an Iraqi, he says, but in the city of Giurgiu in southern Romania, close to the Danube River, he somehow makes it seem natural.

All Hands on Deck: An Iraqi Migrant Finds His Calling Abroad

Although he had never been on a boat until he arrived in Romania, Othaman now makes them.

In one of the few shops producing motorboats in Romania, Othaman seems to have found his calling. “I do everything here, from the fiberglass hulls to accessories and furniture,” he explains.

It’s an unusual field of work for an Iraqi, he says, but in the city of Giurgiu in southern Romania, close to the Danube River, he somehow makes it seem natural.

The story of how Othaman ended up in Romania begins more than four years ago, when he embarked on the Western Balkan Route and found himself, like many of his compatriots, stranded at the border between Bulgaria and Romania.

His road to a better life seemed to have reached a dead end, as he had always pictured starting an exciting new life somewhere in western Europe; but what seemed to be an impasse in the beginning, turned out to be his chance to start over. 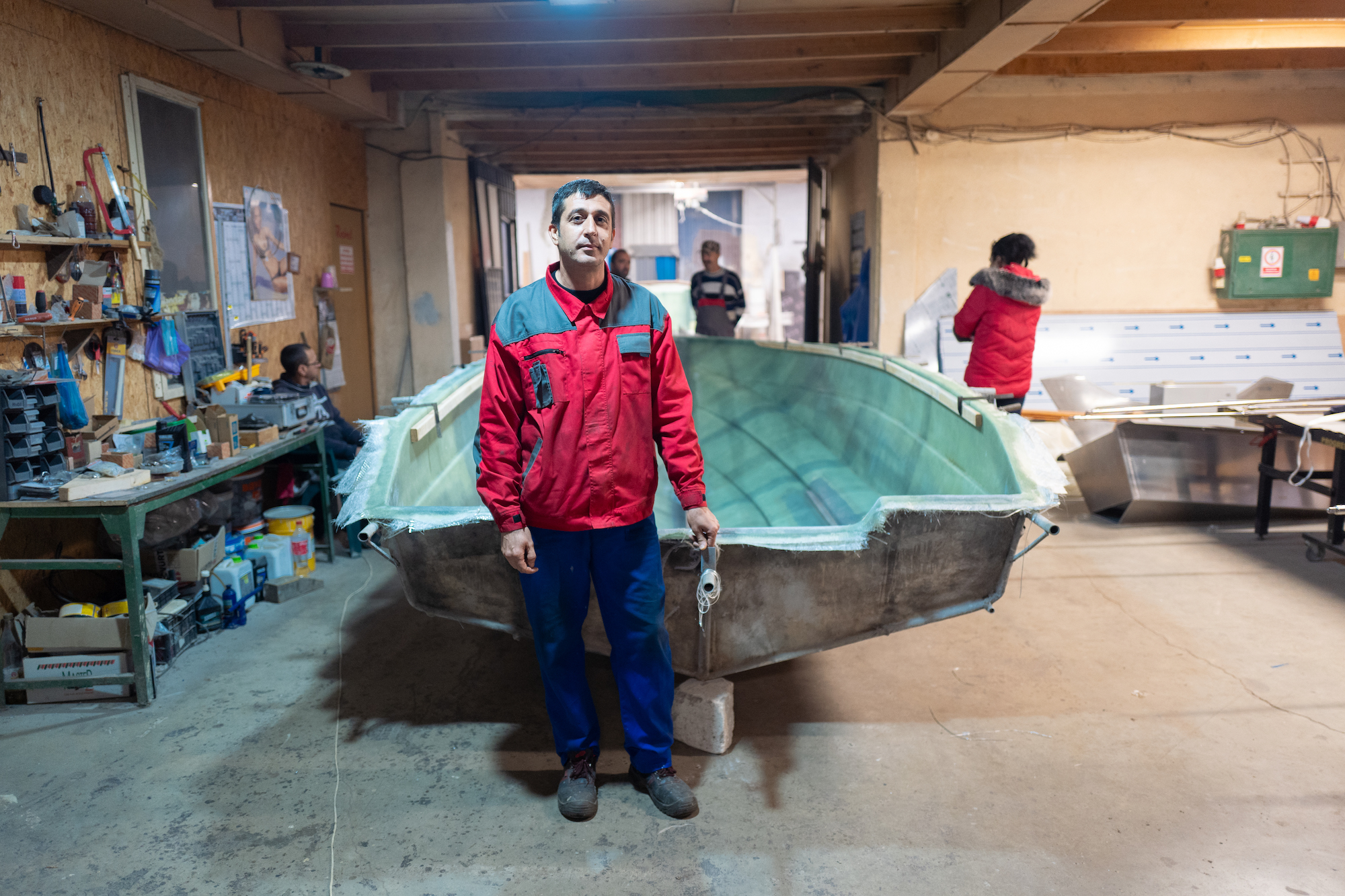 "I discovered my passion and I love what I do."
IOM/Andrei C. Radu

As he waited to be granted a form of international protection in Romania, Othaman had the opportunity to learn more about the city. He soon discovered that the small port city on the Danube River had an incredibly migrant-friendly community and, little by little, he started settling in.

With support from the International Organization for Migration (IOM) and partner NGO AIDRom, he succeeded in finding a job he soon grew to love. “I am glad I had the opportunity to use the mechanical knowledge I had from home,” he confesses.

He says that he is proud that, along with boats, he now also builds pontoon boats which help isolated communities in Romania to reconnect with the outside world. “I discovered my passion and I love what I do,” Othaman puts it simply.

It was at his workplace that he also ended up meeting his current partner who is Romanian. He is grateful to have met her, and for her patience as he learns the language. They go to work together every day and even if he spends his work hours in the technical workshop and she in the administrative office, they are together through everything.

When he first arrived in Romania—a country he did not know much about—he was sure he would sooner or later go back home.

Now, I don’t have any reason to leave. Yes, home is usually best, but when the place where you grew up is constantly under threat, you have no choice. 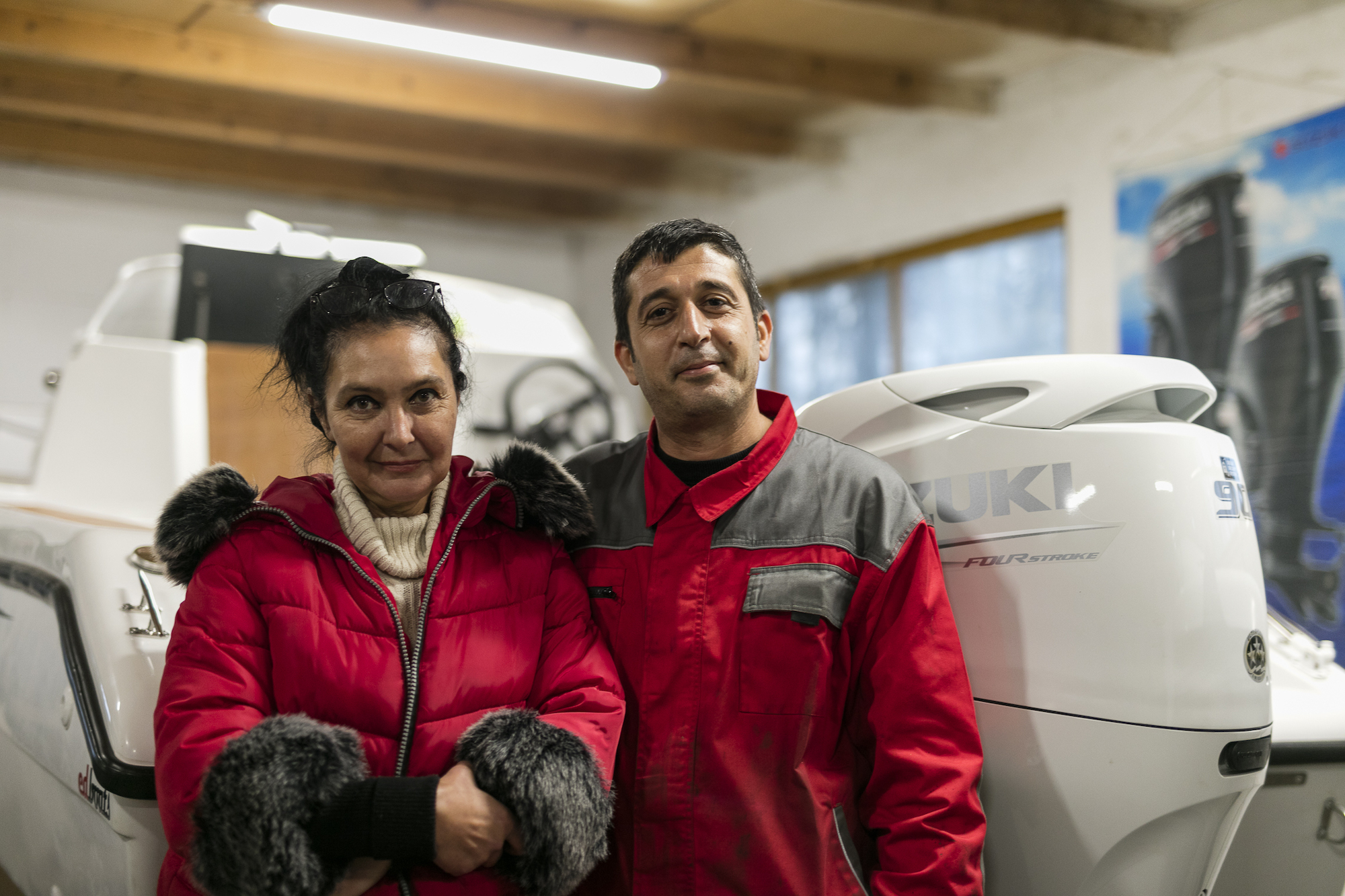 At the workshop, Othaman met his Romanian partner who is helping him learn the language.IOM/Andrei C. Radu 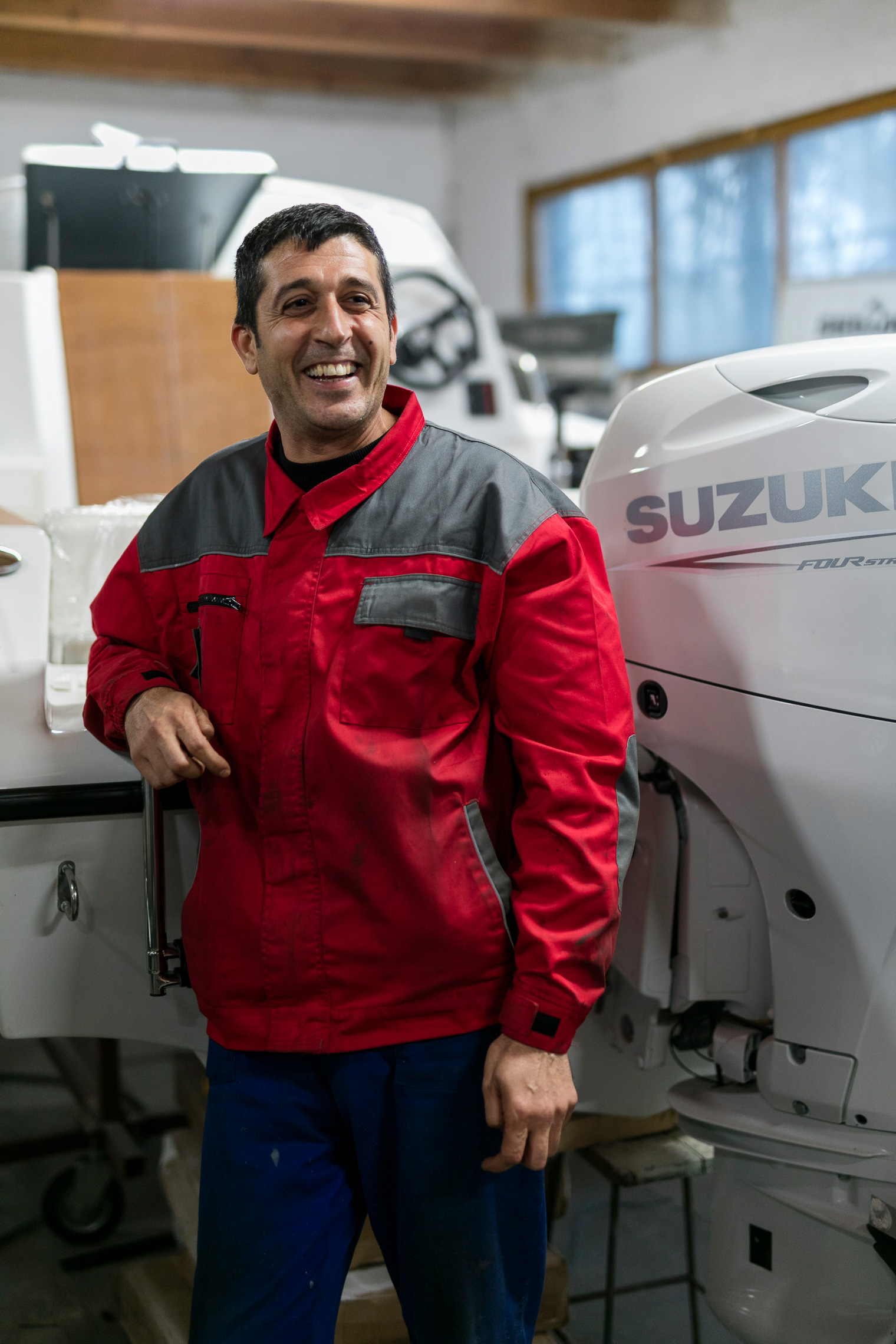 Othaman is one of over 5,500 third-country nationals who have received support through integration programmes run by IOM and its partners. IOM/Andrei C. Radu

Othaman is one of over 5,500 migrants who have received support through integration programmes run by IOM and its partners over the past two years. Such projects support the socio-economic and cultural integration of migrants through the provision of needs-based integrated services.

One of these initiatives is InterACT, a project though which a network of one-stop-shops were set up in five cities across Romania. Here, people like Othaman can access useful information, learn the local language, familiarize themselves with the culture of the host community, and receive advice on how to access job opportunities.

Stories like Othaman's are becoming increasingly common in Romania, and IOM is helping create just as many opportunities for progress for both migrants and host communities.

Othaman succeeded in quickly learning all of the skills needed to be a boat builder, and thanks to his adaptability and exemplary work ethic, he soon became not only an outstanding employee but also a popular coworker.

At lunch time, all the employees working in the workshop gather on the banks of the Danube to hear Othaman's stories, which never fail to entertain. His coworkers say that they feel like he has always been part of the team.

Even though his life took an unexpected turn, in the end, things worked themselves out, he says. Othaman believes that at some point in life, we all need a little help. What matters is that you capitalize on every opportunity and adapt.

The initiative InterACT was funded by the National Programme – Asylum, Migration and Integration Fund and is implemented in partnership with Schottener Foundation Social Services Bucharest, AIDRom, and Global Help Craiova. For more information about the project, you can visit romaniaeacasa.ro.

This story was written by Lucian Știrb, Communications Officer with IOM Romania, lstirb@iom.int.